Where have they gone? Three juvenile whales were seen off North Carolina on November 8 but the largest numbers have been seen off Cashes Ledge, Jeffrey's Ledge and Jordan Basin in the lower Gulf of Maine. Most sightings of right whales in the winter in the Gulf of Maine, Cape Cod area are from aerial surveys, either through the National Marine Fisheries Service or the Center for Coastal Studies in Provincetown, MA. Winter conditions in areas where right whales might be located are often severe and beyond workable conditions for small boats so aerial surveys are used and can cover a much wider area. Details of right whale sightings in the Gulf of Maine to Long Island, NY from the North East Right Whale Sighting Advisory System can be viewed at: http://rwhalesightings.nefsc.noaa.gov/

Another unique method of locating right whales is through listening posts or buoys located on or near the ocean floor. Checking the website as I write, two buoys have picked up right whale calls along the shipping lane for the port of Boston within the last 24 hours: http://www.listenforwhales.org/. If you would like to hear some right whale calls, click on the "Explore Whale Sounds" tab.

Winter aerial surveys of the calving areas from North Carolina to Florida will begin in a couple of weeks and will continue to March. Hopefully it will be another good year for right whale mothers and calves.
Posted by LDM at 10:25 AM 1 comment: 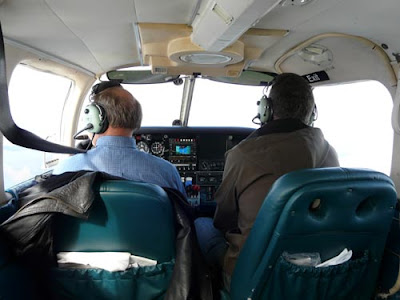 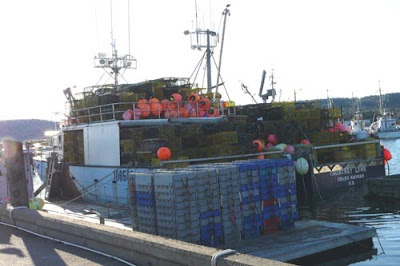 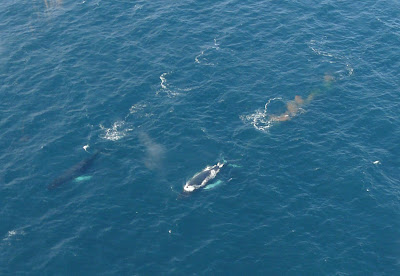